“We craft a daily itinerary which creates a fabric woven of spiritual, historical and personal elements…”

Short bio and images of those who lead our pilgrimages

Dr. Robert Moynihan is the founder and editor-in-chief of Inside the Vatican magazine. He has written on Vatican affairs for 35 years, since 1984, and has interviewed many Vatican officials (including Archbishop Carlo Maria Vigano), over the years. He has commented on Catholic issues for Fox News, CNN, ABC, EWTN, BBC and other international networks. On March 13, 2013, he appeared live on Fox as the lead analyst for the election of Pope Francis.  He is a church historian, well-known Vaticanist and an engaging pilgrim.

Deborah has worked in Rome with the Vatican for almost 15 years as Chief Operating Officer of Inside the Vatican magazine and as the Director of the Urbi et Orbi Foundation, which builds bridges between the Catholic and Orthodox Churches.

Kevin Turley is a filmmaker, a writer, a journalist, a scriptwriter, radio presenter, television host, podcast presenter, film and book reviewer, and tour guide.  He writes under the name “K.V. Turley.”

Kevin is a man of many talents.  His greatest gift is storytelling.  He captivates his listeners by illuminating the history of the particular places visited and the lives of the saints from centuries past. Kevin is not a typical tour guide; you will learn about the places we visit with captivating stories you will always remember.

Barbara Heil, a convert to the Catholic faith and pilgrim at heart, is a dynamic and inspirational speaker with a passion to awaken others to their destiny and purpose in Christ, and to lead people in deepening their walk with God. 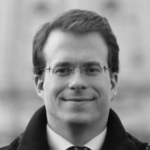 Jan Bentz, Ph.D. teaches Philosophy of Art (Aesthetics) for The Catholic University of America, History of Medieval Philosophy at Christendom College and Apologetics for IES study abroad. His journalistic career includes weekly TV coverage in German and English for EWTN, writing for CNA, The Catholic Herald, and the Jüdische Rundschau. He contributes regularly to Inside the Vatican. Jan Bentz works as a freelance docent tour guide in Rome and the Vatican for over six years.