Villa Serenella is a stately, typically Roman villa-turned- monastery surrounded by 13 acres of olive groves, pine trees, walking paths, a soccer field and fountains. Just five miles from the Vatican, the Villa is owned by the Antonine order of Lebanese Maronite Catholic monks. Yes, you will be staying with monks from Lebanon! The monks chant their prayers in the morning and evening, and then sometimes, join with students and young pilgrims in friendly soccer games!

Villa Serenella is not only a comfortable and spacious setting, but it is also a secure and safe environment — it has a walled perimeter and locked iron gates at each entrance. It is set apart from the surrounding area of Rome as it is situated on top of a hill.

The grounds allow for pilgrims to be outside after a long day of touring the city to relax and regroup among the olive trees, the Italian pines and fountains! Evenings may include a cookout on the villa’s outdoor piazza after a day of visiting important sites in Rome.

Vatican officials, or Roman scholars, are able to visit the Villa Serenella for a meal in the dining room to discuss the saints, the Mystical Body of Christ or the Church and the world today, or other topics of choice.

At the Villa Serenella, you will have complete and private use of the entire guest house which was built in 2016 and contains modern lighting, showers and air conditioning.

We will have full access to the Villa Serenella grounds including the olive groves and even a soccer field — perfect to come back to after a day of walking through the city.

No one else will be on the grounds except the monks and our pilgrims. 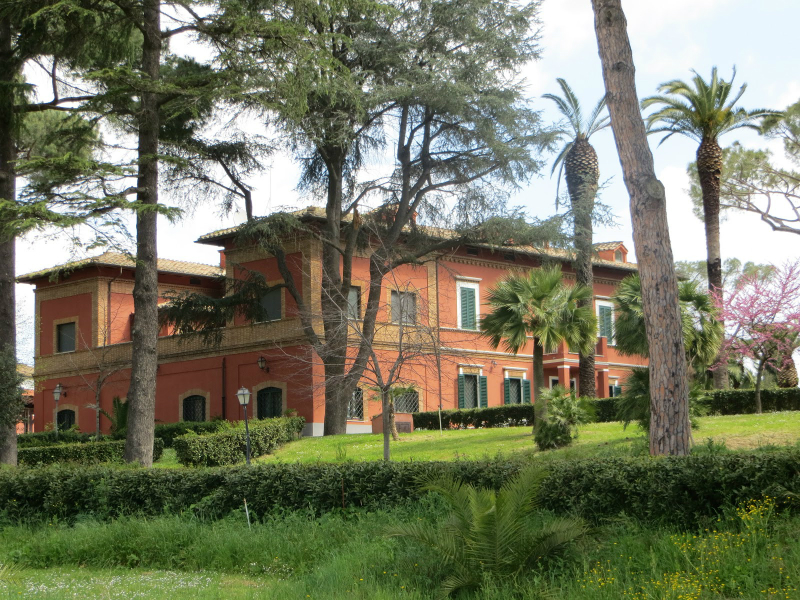 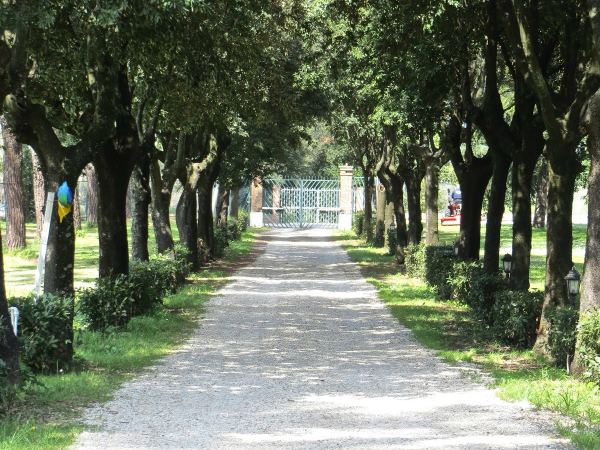 The Villa Serenella Guesthouse was built just a few years ago and is equipped with AC and Wi-Fi throughout, as well as its own private chapel, classroom, a common dining area with a private Italian chef who can tailor the menu to your requests.

There is also a comfortable lounge that serves a great common area for group discussions or recreation and a snack room nearby equipped with a refrigerator –- perfect for late night snacks!

The Guesthouse contains bedrooms with at least two beds, some up to four beds, two desks and closet space and each bedroom has a private bathroom complete with a shower.

The classroom in the Guesthouse is perfect for morning lectures and seminars which can be held before departing for an afternoon in the city. The chapel in the private Guesthouse is available at all hours and offers an opportunity for private prayers and devotions.

Pilgrim Testimonial about the Villa Serenella:

To sum up the pilgrimage in a few words:  It went way beyond my expectations.  It was one exciting day after another and it never stopped.  There were so many highlights, but the most outstanding one for me has to be Sunday mass at St. Peter’s presided by the Pope, with the cardinals who were in Rome for the Amazon Synod in attendance.  What coincidence to be there at that time.  It all felt like a dream!  Climbing the Holy Stairs on my knees was another highlight.  Assisi was amazing!  I wish we could have spent more time.  I was happy to finally meet and spend time with Fr. Cassian, who I had read and heard about for the past few years.  I found him so interesting, inspiring, and it was so great to be in the presence of such a holy man.

Without elaborating, I just need to say that I enjoyed everything else the pilgrimage had to offer.  I can’t find any criticism and I don’t know how anybody could find any.  The meals were great, and I liked eating at the monastery and at the well-chosen restaurants, which was a nice balance.  I so enjoyed our thought provoking discussions led by Robert Moynihan, while sitting in our common area after dinner with our group.  I loved staying at the monastery, and even though this was expected, to actually experience this really added to the whole dimension of the pilgrimage.  The experience would not have been the same for me staying at a hotel.  I really liked the intimacy of the monastery, as well as praying with the monks….

…To Robert and Debbie, mission accomplished, because by learning more about the history of our faith and those who helped to shape it, by actually seeing the places of miracles we have heard about, by seeing the beautiful churches, being among cardinals, hearing the words of deeply religious men, has certainly helped to deepen my faith and to keep on wanting to learn more.  Yes, it was certainly a very moving experience, and I thank you both for that.

I will end it here by saying, God bless you all!

Louise Vizien (Bermuda), Pilgrim on the 25th Anniversary of Inside the Vatican Magazine Pilgrimage, October 2019