Inside the Vatican Pilgrimages has always aimed not only to lead the most informative and transformative pilgrimages, but also to work according to the prayer of Jesus, “that all may be one.”

Inside the Vatican Pilgrimages has always been committed to delivering on our promise: to lead pilgrimages of the highest caliber which are also inspiring, informative and spiritually fruitful.

But we are also committed to a work that Jesus Himself prayed for: “that all may be one.”

Achieving this unity of all Christians that Our Lord so desired, and yet is still so lacking in our world, takes many forms, but the one form that is foundational to our commitment is the unity between Eastern and Western Christianity — the reunification of the Catholic and Orthodox Churches, what St. John Paul II meant when he said, “The Church must breathe with her two lungs!”

We pursue this crucial mission through our non-profit arm, the Urbi et Orbi Communications which began in 1993. In 2013, after years of work and reflection, we formed the Urbi et Orbi Foundation which sole purpose is to work on the reunification of the East and West — to heal the great Schism of 1054, A.D. Our western culture, sadly, has turned from the “path of life” indicated to us by the Hebrew prophets, and by all the saints down through the ages, and, above all, by Christ himself. Our Church seems hesitant, and sadly divided. And the greatest, oldest division is that between Catholics and Orthodox, West and East, Latin and Greek. 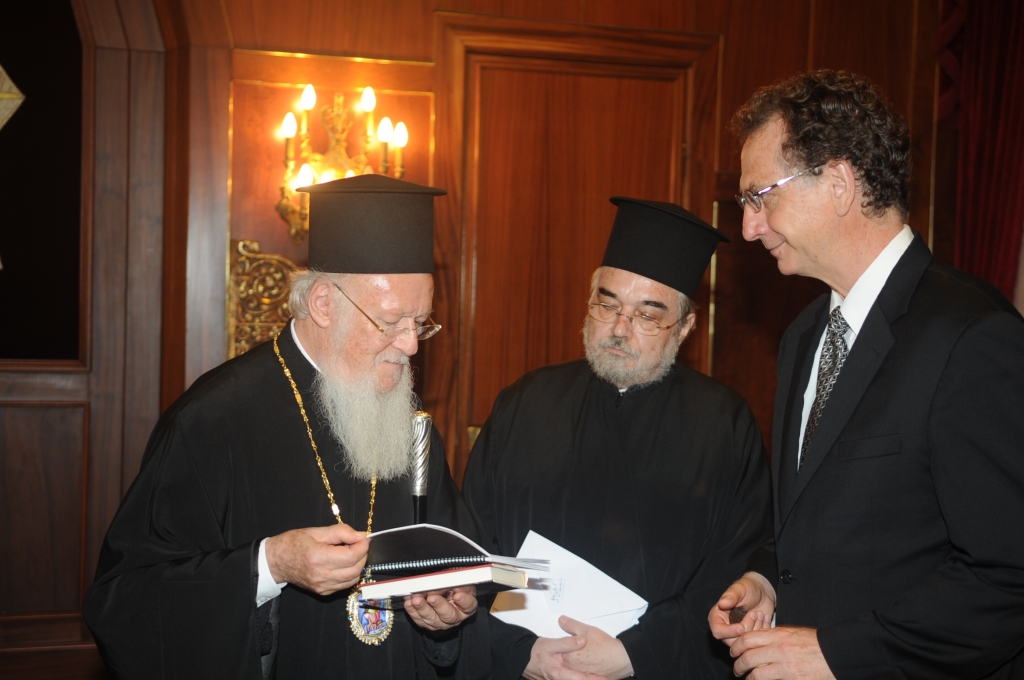 The Vision of Pope Emeritus Benedict and now Pope Francis

Pope Emeritus Benedict XVI is now 90 years old. As Pope, he spoke eloquent and powerful words of faith, of self-sacrifice, and of holiness at a time when many did not want to hear those words.

One of the great themes of Pope Emeritus Benedict’s pontificate was the theme of Christian unity, especially unity between Catholics and Orthodox — an end to the greatest schism in Christianity, dating from 1054 A.D. In his first homily as Pope, on April 20, 2005, he said his “primary” task would be to work tirelessly to unify all followers of Christ.

He repeated that pledge May 29, 2005, on his first journey as Pope, to Italy’s Adriatic seaport of Bari—a pilgrimage site for many Russian Orthodox because it was the see of their beloved St. Nicholas — and called on ordinary Catholics to also take up the ecumenical cause. We are among those “ordinary Catholics” who take up that cause.

Now, Pope Francis continues with this desire to overcome 1,000 years of division. As he told the Coptic Orthodox Pope Tawdros II in 2016, his hope is “to intensify our common efforts to persevere in the search for visible unity in diversity, under the guidance of the Holy Spirit…”

“Along this path, we are sustained by the powerful intercession and example of the martyrs. May we continue to advance together on our journey toward the same Eucharistic table, and grow in love and reconciliation,” he said. 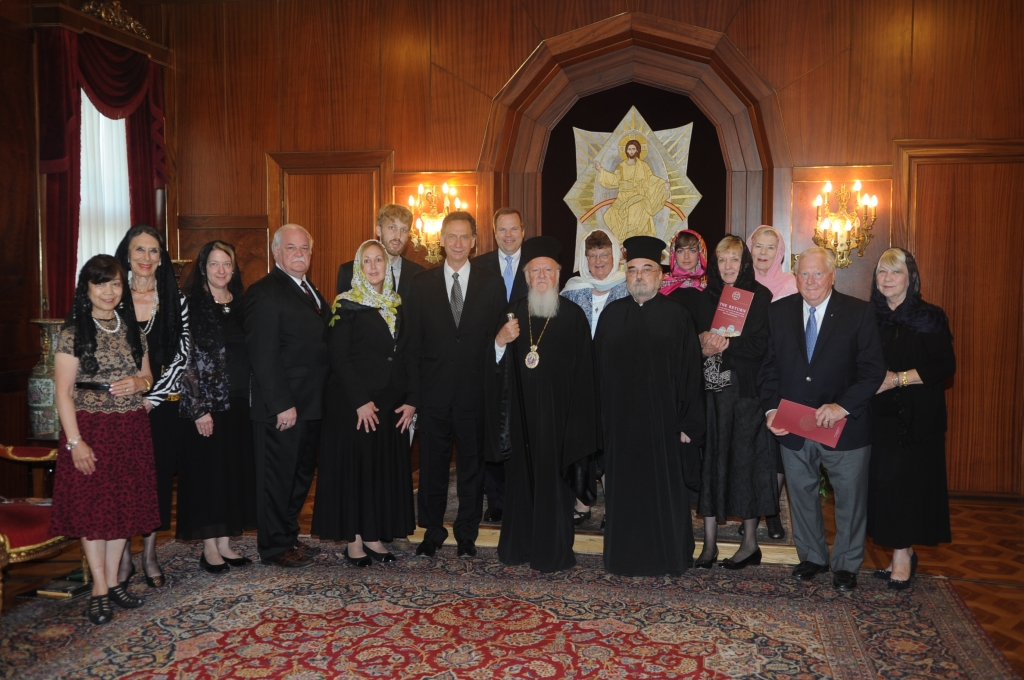 Our Vision. Our Plans.

The vision of our Foundation may be summarized as: “Let us work together to defend our common beliefs.”

We launched the Urbi et Orbi Foundation to build an alliance with the Orthodox, and we are working to accomplish this by meeting with Catholic and Orthodox leaders in venues ranging from Washington to Rome to Kiev to Istanbul.

We have also raised funds for a variety of projects, like our “exchange program” which allows Catholic seminarians to visit the seat of the Orthodox Church in Moscow for a week, and Orthodox seminarians to visit Rome and the Vatican for a week. It’s a project that we believe will yield greater understanding and brotherhood between the Catholic and Orthodox clergy in the future.

It’s an important labor that we have undertaken, and a necessary one…and we invite you to join us! Visit UrbietOrbiFoundation.org to discover you can help us work to bring about the day when the Church will “breathe with her two lungs.” 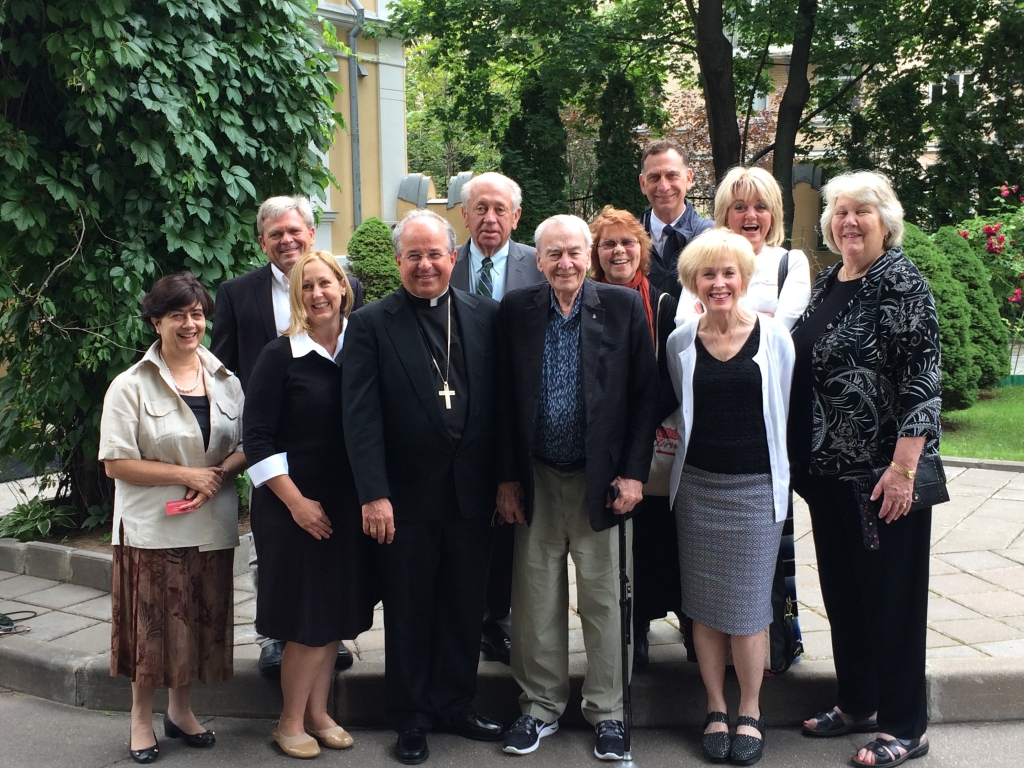