In Russia a person’s soul, or dusha, is the key to that person’s identity and behavior, and this cultural understanding is what is described as “the Russian soul.”

One of our favorite destinations on pilgrimage is Russia. We have made many friends on our journeys to this vast country which is home to 144 million souls, some of them Catholic, but most of them Russian Orthodox and under the leadership of the Patriarch of the Russian Orthodox Church, Kirill.

One thing we have come to appreciate about traveling to Russia is the uniqueness of what, in the last century, came to be called “the Russian soul.”

In Russia a person’s soul, or dusha, is the key to that person’s identity and behavior, and this cultural understanding is what is described as “the Russian soul.” It is one of depth, strength and compassion, and, according to Dostoevsky, tied to suffering.

Dostoevsky’s ideas about the Russian soul are closely connected with Eastern Orthodox Christianity, its ideal of Christ, His suffering for others, His willingness to die for others and His quiet humility about it.

Yet, the Russians do not understand suffering for its own sake; depressed people have a dampened spirit and are without inner strength.  Without a healthy spirit the Russians would not have survived through the most tragic history among living nations.

On the contrary, they love to share everything and especially the joy of living (folk music depicts that aspect of the Russian soul, “chastushka”). Our pilgrims to Moscow have experienced this beautiful character of “the Russian soul” and Russian spirituality; they have been welcomed with some of the most extravagant home-cooked meals and enjoyed some of the most lively, joy-filled gatherings in Russsia.

The faithful of the Russian Orthodox church have a deep desire that their lives be touched more fully by fellowship with the living God, and to do this they venerate and follow the traditions and teachings handed down by the Fathers of the Orthodox Church in a way that seems foreign to many Westerners. We who are so accustomed to innovation and novelty sometimes find it surprising that Russian Orthodox spirituality is so bound up with the teachings of the past.

Pilgrimage to the heart of the Church with Inside the Vatican Pilgrimages. We go beyond Vatican City, out to the Universal Church to introduce you to the Living Stones in our Church today. This video documents our trip to Russia in the Summer of 2018 for the 100th anniversary of the execution of Tsar Nicholas and his family. It was a remarkable pilgrimage and we hope this short documentary will move you as we were moved.

Nowhere is this made more clear than in contemplation of the spiritual art form known as the icon. As one Russian Orthodox archpriest commented, “The Orthodox Church is inconceivable without icons.” Not merely a work of art, the icon has been described as “a window through which we look at the Kingdom of Heaven and the realm of spiritual experience.”

In iconography, an icon is said to be “written, “ not painted, expressing its deep significance as a reflection of an aspect of the Christian faith, meant to be passed down from generation to generation, unchanged. It is a means to transfigure and inspire a person to prayer and contemplation. And the iconographer must follow strict, centuries-old traditions for each subject he “writes”: he has no right to introduce anything different in the plan of an icon in order to be different or “creative.” Such is the importance of tradition to the Russian Orthodox. 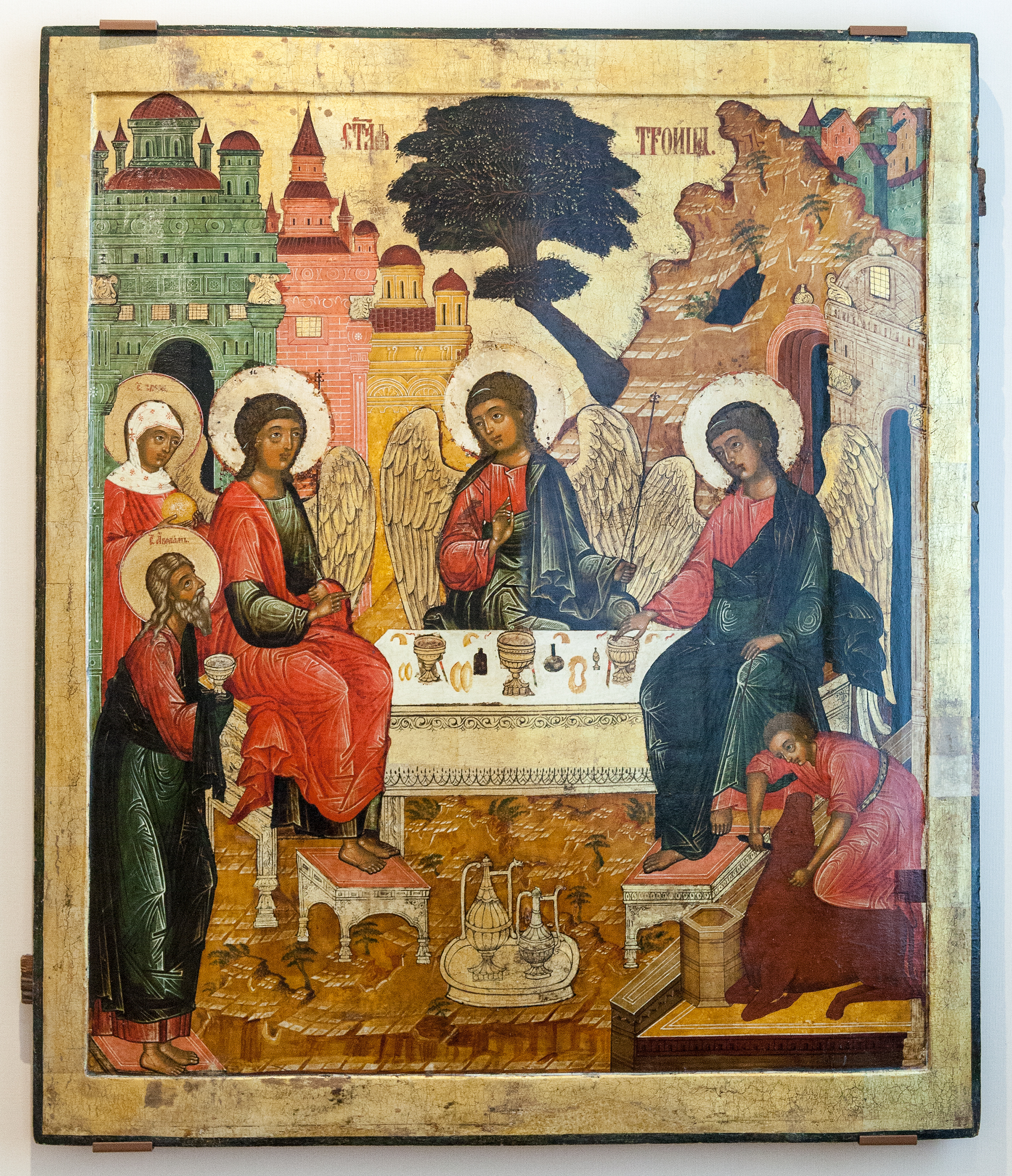