Italy, Classic: In The Footsteps of Dante

This is an example of a Custom Pilgrimage crafted for a Catholic School located in Northern Virginia.  Crafted within the parameters of our Classic line of Pilgrimages, this one was carefully budgeted for the students, chaperones and teachers so that they could experience the unique qualities of Inside the Vatican Pilgrimages at our most affordable price, without sacrificing Inside the Vatican integrity and style.

what is a classic pilgrimage? 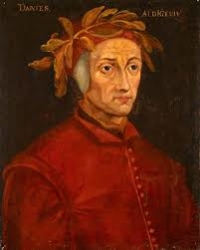 Dante was himself a pilgrim, in life and in art. In life, he was exiled from his native city of Florence on January 27, 1302, and never returned again. In art, he journeyed through Hell, Purgatory and Heaven in one of the greatest poems of Western culture, The Divine Comedy. So for pilgrims of the 21st century, Dante is a marvelous example and guide.

We speak of Dante the poet in the same breath as the other supreme poets, Shakespeare and King David, because Dante’s poetry was nourished by his faith, and stretches from time to eternity, from the politics of his age to the eternal fate of the human soul. His poetry became the foundation of the Italian language — all Italian students for 7 centuries have read and been formed by his ideas and his images, giving Italian culture its unity.

The arc of Dante’s life and work passes from Florence, city of his birth, where he was born in 1265, to Rome, and across Italy to Ravenna, where he died in 1321 at the age of 56.

So by means of a journey which begins in Rome, then passes from Assisi to Florence via Siena, and from Assisi to Ravenna via Norcia, we can learn about and share much of Dante’s vision, much of his life, art and spirituality.

Dante visited Rome in 1301 as a member of a delegation sent to Rome to try to understand the objectives of the Pope of the time, Boniface VIII, who was trying to influence political developments in Florence. And Dante, when he later wrote his great poem, mentions some of the things he saw with his own eyes, and which we will also see, especially the final part of the pilgrim way toward the tomb of St. Peter, across the Ponte Sant’Angelo. We too will cross that bridge, though more than 700 years have passed since Dante was there, on our way to St. Peter’s Basilica.

We make this journey in the footsteps of Dante, one of the world’s greatest poet, because we can learn from Dante and be transformed by him. Dante’s vision was vast, and he expressed that vision in his poetry, traveling through Hell and Purgatory toward Heaven — Inferno, Purgatorio, Paradiso — showing us what kind of men and women there are in each of these realms, and inviting us to travel with him ever upward, toward the final blessed vision which comes at the end of his long poem.

So Dante is a sublime teacher, one of the greatest our Western culture has produced. And by traveling to the city where he was born, Florence, and to the places from whence he received his own education and inspiration, like Assisi, and to the city where he died, Ravenna, we will come to know Dante, his mind, his spirit, his art, his poetry, his soul. And in so doing, we will come to know ourselves much better, and grow in understanding and in character.

This pilgrimage is a journey back in time 700 years, to a place, central Italy, which for 500 years under the Roman Empire ruled the world, and to a place where the early Christians, Sts. Peter and Paul, came, and lived, and preached, and were martyred, and where the Popes made their residence. But it is also a journey which will involve meeting with men and women of today, in churches and monasteries and thoughtful conversations. It may not be a journey to Paradise itself, but it is a journey with a poet who made the journey to Paradise and can teach us much about how to make that journey ourselves.

Dante was himself a member of the Third Order of the Franciscans, and he admired the two great mendicant founder-saints, Francis and Dominic, greatly. St. Francis lived in the way of poverty, humility and simplicity, even though those weren’t natural to him. Those are the virtues Dante felt he needed to acquire, and he looked to Francis in order to obtain them. 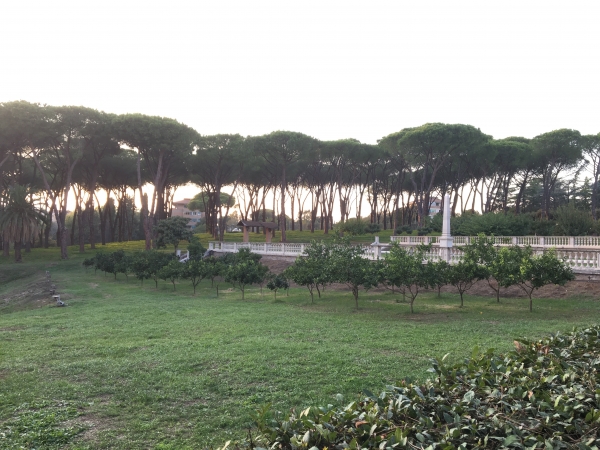 Photo above and below are of the Villa Serenella, a stately, typically Roman villa-turned-monastery surrounded by 13 acres of olive groves, pine trees, and walking paths. Situated outside of the city, the Villa Serenella is a perfect place to retreat to and relax after a day of touring the city! 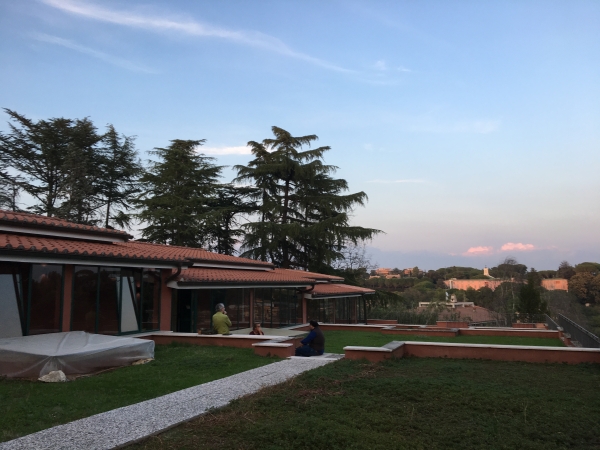 In his Paradiso, he has St. Thomas Aquinas, a Dominican, speak of the life and mission of St. Francis in Canto 11, and in the next Canto, Canto 12, he has St. Bonaventure, a Franciscan, speak about the life and mission of St. Dominic. These two cantos come toward the center of the poet’s journey up the mountain of Paradise, showing that, for Dante, Francis and Dominic were two of the great leaders and guides for Christians on their earthly pilgrimage toward their heavenly home — toward eternal life.  Both Francis and Dominic rejected the earthly world and obtained Paradiso.

When Dante was writing, shortly after the year 1300, these two orders are still new among the great religious orders: the Franciscan order was founded in 1209, the year St. Francis obtained from Pope Innocent III approval for his Rule, and the Order of Preachers (also known as the Dominican Order) was approved in 1216. These two great orders were important co-workers and rivals in the fabric of urban life in Dante’s time. Florence shows this: on one side of the magnificent Duomo is Santa Maria Novella, the Dominican church, and on the other side is Santa Croce, the Franciscan church.

Our pilgrimage in the footsteps of Dante will take us to the city of his birth, Florence, to the city from whence he drew his spiritual inspiration, the city of St. Francis, the city of peace in the center of Umbria, Assisi. And lastly, we will end in Ravenna where Dante died and is buried today. Through this journey we will see the different yet complementary ways of religious life that influenced Dante so greatly.

In Dante’s Paradiso, St. Thomas Aquinas explains that God in the 1200s had ordained two saints to support his Church. Embarking on the theme of the equality of these two saints, St. Thomas says that he will speak of Francis, with the understanding that to praise one of the two great saints is tantamount to praising both:

“I shall devote my tale to one, because

in praising either prince one praises both:

the labors of the two were toward one goal.”