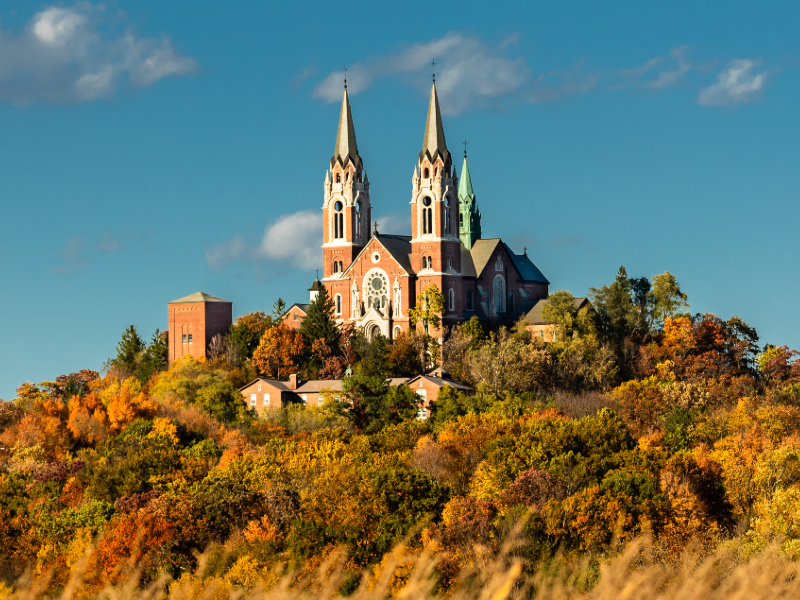 As we Discover Mary in the Heartland along the Wisconsin Way, we will visit the beloved Wisconsin pilgrimage destination, Holy Hill Shrine and Basilica of Our Lady Help of Christians, in Hubertus, Wisconsin.  Below is an outline of the history of this beautiful shrine, one of the most photographed tourist sites in all of Wisconsin.  This is an excerpt from the Shrine’s website:

Throughout sacred history, mountains and hills have held great significance as places of encounters with God. Holy Hill is no exception.

The first resident on the hill was a hermit named François Soubrio who came to the hill in the mid 1800’s. He had found an old French diary and map dated 1676 showing a cone-shaped mountain in Wisconsin. The diary described how the author placed a stone altar, raised a cross, and dedicated the hill to Jesus’s mother Mary, an account which corresponds with Jesuit missionary work in the area in the late 1600’s.

Irish settlers first called the area Holy Hill, and on May 24, 1863 Fr. George Strickner first used the name formally in the course of his sermon when dedicating a log chapel as the first Shrine of Mary – Help of Christians.

In the winter of 1879, Fr. Ferdinand Raess, who contributed to many improvements to Holy Hill, sent a proposal to Archbishop John Henni to construct a new shrine to Mary. Construction began that spring. The building now known as the Old Monastery Inn and Retreat Center was completed in 1920. The second shrine was removed in 1925 so that a third shrine could be built. The cornerstone of the third and present shrine was placed by Archbishop Messmer on August 22, 1926. The present church was completed and consecrated in 1931.

As pilgrims began flocking to the shrine, and it was decided that a religious order should administer the shrine. A group of Discalced Carmelites came from Bavaria at the invitation of Archbishop Sebastian Messmer, and the Shrine of Mary was put under their care on June 26, 1906 and they have been the custodians of this sacred place ever since. 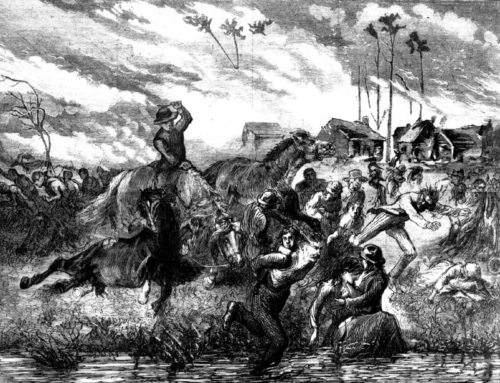