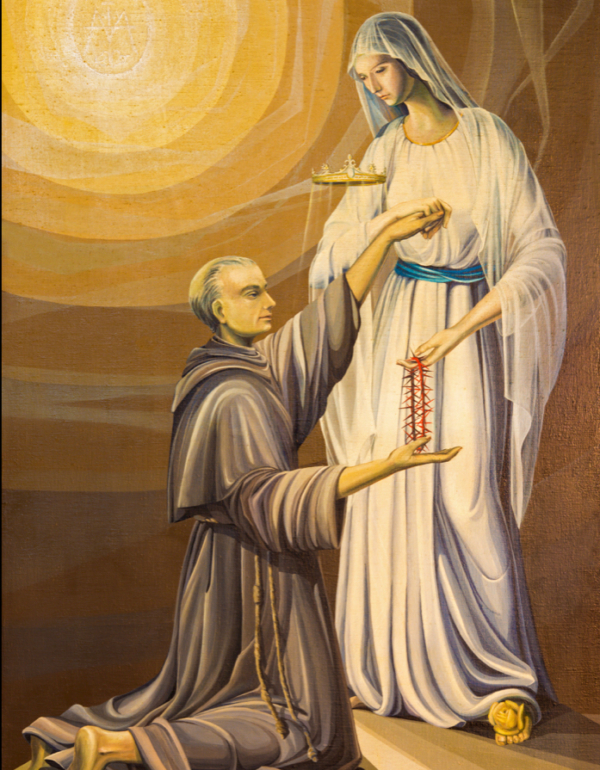 St. Maximilian Kolbe was born a Polish Catholic and, at the age of 12, was graced with a vision of the Blessed Virgin which influenced the rest of his life.  The Blessed Virgin Mary appeared to young Kolbe and offered him two crowns, one white symbolizing purity and one red symbolizing martyrdom.  She asked him if he was willing to accept these gifts.  St. Maximilian Kolbe replied yes.  He received them both.

Later, St. Kolbe joined the Franciscans and celebrated his first mass at the Basilica di Sant’ Andrea delle Fratte.  He chose this basilica due to its relation to the Holy Mother, who appeared there to Alphonse Ratisbonne.  It is the appearance to Ratisbonne which is depicted on the miraculous medal.

During the 1930’s, Maximilian took on mission work in Asia.  He had begun in Singapore and moved on to Japan.  In Japan, he received a wealth of converts, enough to start a monastery which survived the bombing of Nagasaki and still stands to this day.

Shortly after his return to Poland, St. Maximilian Kolbe was arrested and sent to Auschwitz.  Less than a year after he arrived there, one of the prisoners of Auschwitz failed in an escape attempt.  The Nazi captors, on account of the one, sentenced ten prisoners to starvation.  However, one of the ten chosen to starve pleaded for his life for the sake of his family, and Maximilian Kolbe volunteered to take his place.  This selfless saint was the last of the ten to succumb to the lack of food.

Resources: our Saint of the Week Virtual Pilgrimage on St. Maximilian Kolbe (watch on YouTube here)