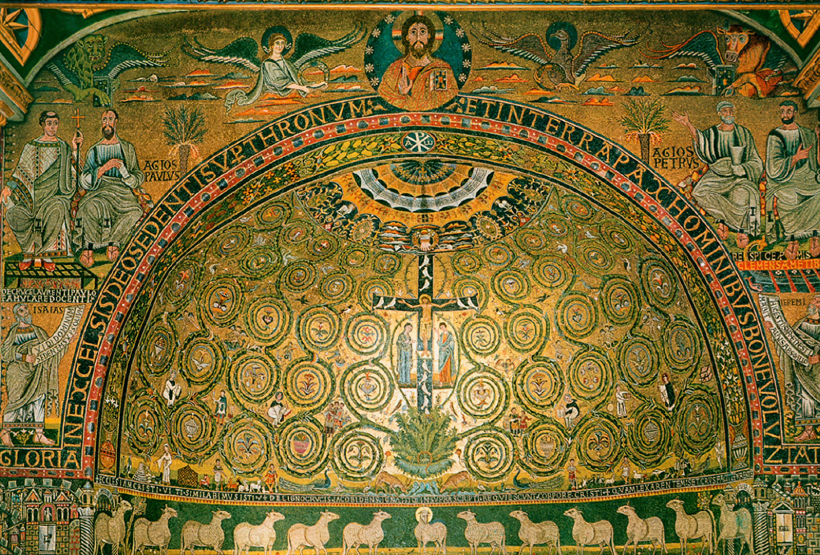 Dome fresco above the altar in San Clemente

In the medieval mind, everything had a symbolic meaning.  The ability to understand the meaning behind the world would help one to understand God.  Generally, those who were able to interpret these meanings were artists.  Through art, one was able to take the natural symbolism and present it in such a way as to allow onlookers to understand its hidden meanings.  Thus it is with this medieval fresco in the Basilica of San Clemente.

Inside the dome are many plants and animals.  This is the garden of eden, but not as it was during Adam and Eve’s time.  In this garden, God does not come and go, but remains at the center.  It is the new paradise to which we will return in heaven.

The gold background, is the medieval symbol for heaven or heavenly glory.  All the greenery and plant life within the painting comes from the one tree.  From the cross grows the stylized lines and circles that spread around the dome.  On the cross sit 12 doves, which represent the 12 apostles and the 12 tribes of Israel.  Over the cross, reaches down the hand of God the Father.  The doorway to this heavenly paradise is the triumphal arch, which symbolize the gateway to heaven.