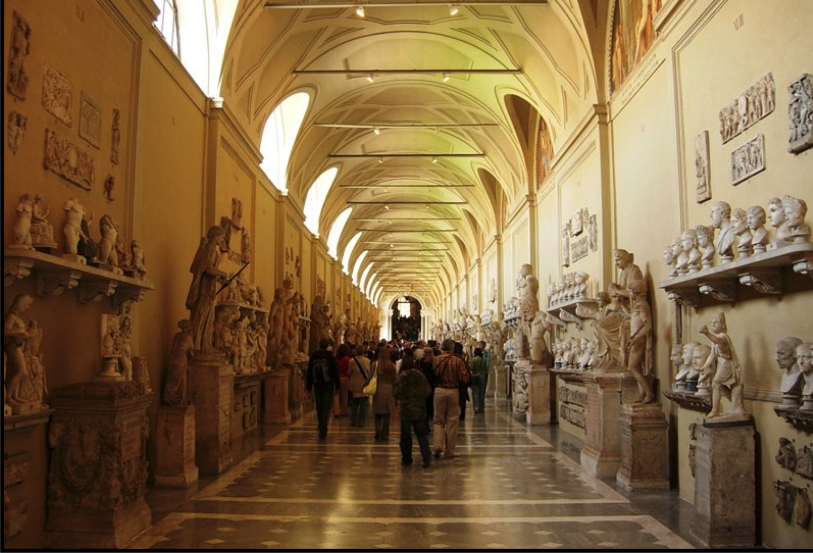 image of the Chiaramonti Museum

The Chiaramonti Museum is a hallway within the Vatican Museums which contains many Roman and Greek statues.  The Roman statues are at one end of the hallway, while the Greek statues are on the other end.

Why would the Pope be interested in these pagan statues?  Christianity, knowing itself to be true, recognizes that what came before was in preparation for the coming of Christ.  Not only Judaism, but everything which came before Christ.  Thus, Christianity is always open to what preceded it.

One can tell the difference between Roman and Greek statues by how they present their subject matter.  The Greeks were more stylized, presenting everything in their ideal form.  The Romans, however, were realistic in their representations.  The Romans believed it was necessary to preserve even the flaws in order to make sure they were remembered.  Only if they were remembered, could they have eternal life.

Due to this idea, many of the Roman statues in the Chiaramonti Museum are severed at the neck.  German tribes, knowing about the Roman belief, wanted to delete Rome.  Thus, they decided to decapitate all the statues in an attempt to delete the memories of the Romans.

Resources: our Virtual Pilgrimage to the Vatican Museum part 2 (watch on YouTube here)