A History of Pilgrimage part 2 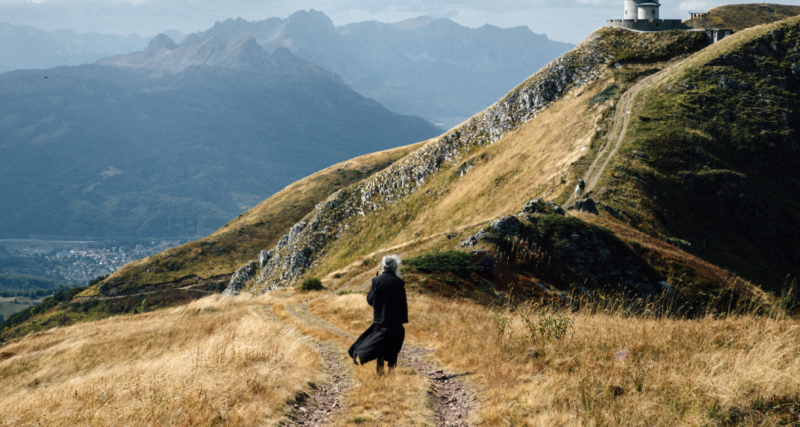 Pilgrimage in the jewish tradition also began with Abraham, as he was the earliest to journey into the desert to seek communion with God.  Centuries later, Moses led the definitive pilgrimage when he guided the children of Israel otu of Egypt and into the Sinai in search of the Promised Land.  This pilgrimage was a way of life for forty years, and formed the very basis of the Hebrew nation.

The history of Jerusalem also plays an important and telling role in the life of the Jewish people, for it parallels their history as a people and relates directly to their practice of pilgrimage.  The repeated cycle of construction and destruction of the Temple coincided with the acceptance and rejection of the Jewish people: a cycle that has repeated itself throughout history to the present day.

David first conquered the Jebusite city of Jerusalem in the eleventh century BC.  His son Solomon erected the first temple to house the Ark of the Covenant in the tenth century BC. Jerusalem became a primary pilgrimage destination of the Jewish people, for all devout Jews were expected to visit the holy site yearly.  In 586 BC, Nebuchadnezzar of Babylonia destroyed the temple and the Jews were exiled from the city.  But fifty years later, the Persians gained control of Jerusalem and welcomed the Hebrews back, allowing them to rebuild the temple.  Thus, the tradition of faith and pilgrimage was maintained, and even flourished, over the next four centuries, culminating with the rise in prominence of a Roman Jerusalem under the leadership of Herod the Great at the time of Christ.  A new and lavish temple was constructed during Herod’s reign and this was the site of many visits by Jesus, as he attended holy days in Jerusalem with his family and later with his disciples.

This temple, too, was destroyed when the Romans attacked the rebellious city in 70 AD and burned the temple to the ground.  Jews were eventually exiled from Jerusalem in 135 AD following another uprising, and were not allowed to return until the Muslims captured the city in 638 AD.  The Jews did not rebuild the temple, but did build an underground synagogue at the West Wall of the old temple.  Their peaceful coexistence with the Muslims lasted another four centuries, until the crusaders conquered the Holy Land in 1099 and decimated the Jewish population, again exiling them from their spot of pilgrimage.  They were allowed to return after ten years, and were accepted into the city on a limited basis, but did not regain control of their homeland until the mid-twentieth century.  Even with the forming of the state of Israel in 1947, the temple has never been rebuilt, but the West Wall is still an active and revered shrine, a central focus of Jewish pilgrimage.

The first Christian pilgrims were those early members of the Christian community who sought out the sites of the martyred apostles and their slain followers.  This outward veneration was an infrequent occurrence, as it often involved traveling long distances and meeting in great secrecy.  With the acceptance of Christianity by the Emperor Constantine in 314 AD, and the pilgrimage of his mother Helen to the Holy Land, many Christians came out of hiding.  Helen traveled to Jerusalem and Galilee, being one of the first to seek out the sacred spots of Jesus’ life.  She encountered the original cross and many relics of his life and death, and returned to Constantinople with these treasures in tow.

After the fifth century, the Church of Rome began to separate from the patriarchates of Constantinople, Jerusalem, Antioch, and Alexandria.  By 1054 AD, the Church of Rome broke off permanently, dividing into what is known as the Orthodox Church and the Roman Catholic Church.  Many of the same pilgrimage destinations are shared by both churches, most notably, Jerusalem, but there are many sites that are unique to Eastern Orthodoxy.  These sites include St. Catherine’s Monastery on Mount Sinai, Mount Athos in Greece, and Aegina, a Greek island where the relics of St. Nectarios are found.  Orthodox pilgrims typically attend religious services, partake of the sacraments of Confession and Communion, and venerate the holy icons and relics of the saints.