The modern painting of St. Francis of Assisi in the scene of Nativity by unknown artist of 20. cent. in church, Convento de Capuchinos (Iglesia Santo Anchel)

The first Christmas crèche was born from the spiritual intuition of St. Francis of Assisi: deeply impressed and moved by the humility of the Incarnation, on Christmas night of 1223 he prepared a manger scene for Greccio, a small town about 60 miles south of Assisi.

“I would like to represent,” said St. Francis, “the Child Jesus born in Bethlehem, and somehow seeing with the eyes of the body the inconveniences he found for the lack of things necessary for a newborn, as he was laid in a crib and as he lay in the hay between the ox and the saddle. “

There were several friars on the site; men and women came to celebrate from the country houses, carrying candles and torches to illuminate that night, in which, as the biographer still notes, “the Star lit up in the sky all day and time.”

A priest celebrated the Eucharist and Francis of Assisi, who was a deacon, sang with his loud, sweet, clear voice, the Holy Gospel.

From Greccio, as a new Bethlehem, the image of the crib, the product of the heart of a saint, spread throughout Italy, Europe and the world, preserving intact, in different expressions of cultures and folklore, a fundamental, authentically evangelical message that Francis wanted to reach souls from the contemplation of the crib, a school of simplicity, poverty and humility.

The re-enactment of the live nativity continues annually in Greccio.  During our Signature Christmas 2020 Pilgrimage, we will attend the re-enactment and spend time in Assisi, home of St. Francis.

Images below taken during past Christmas Pilgrimages that included attendance at the live nativity staged in Greccio: 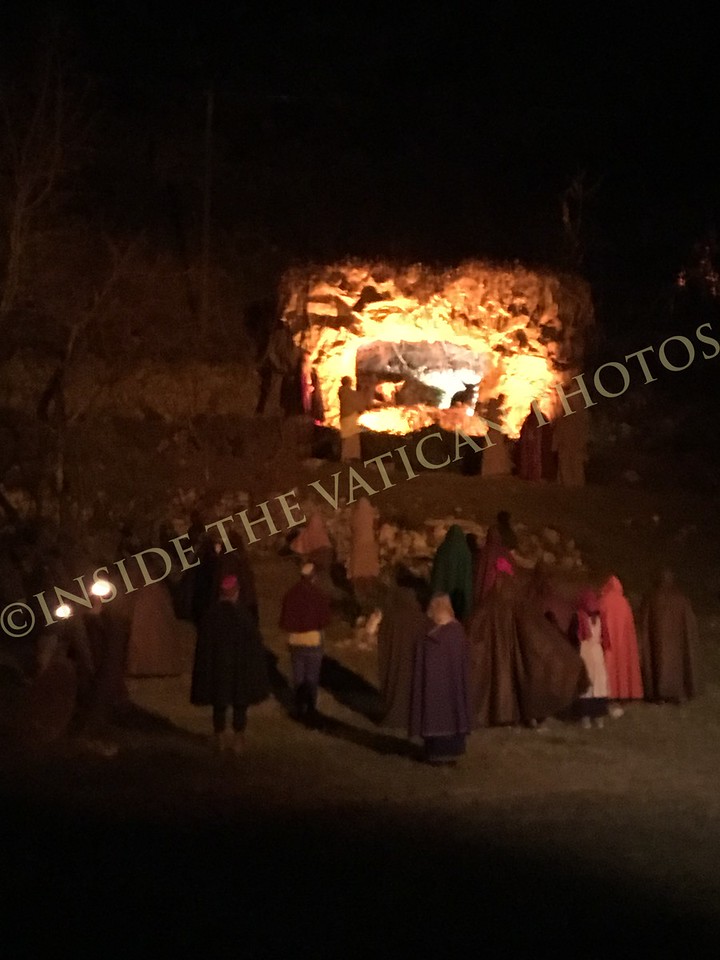 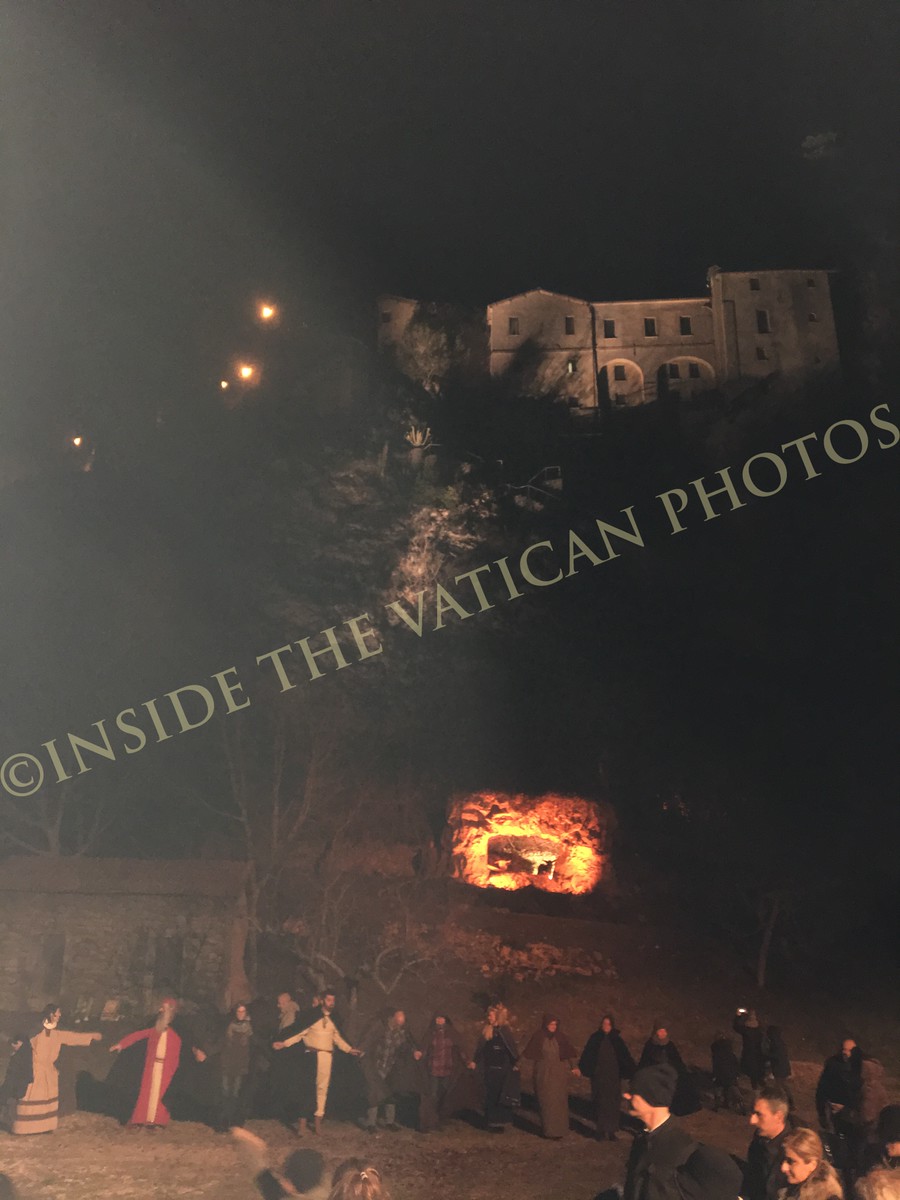