From Iconography to Renaissance Art 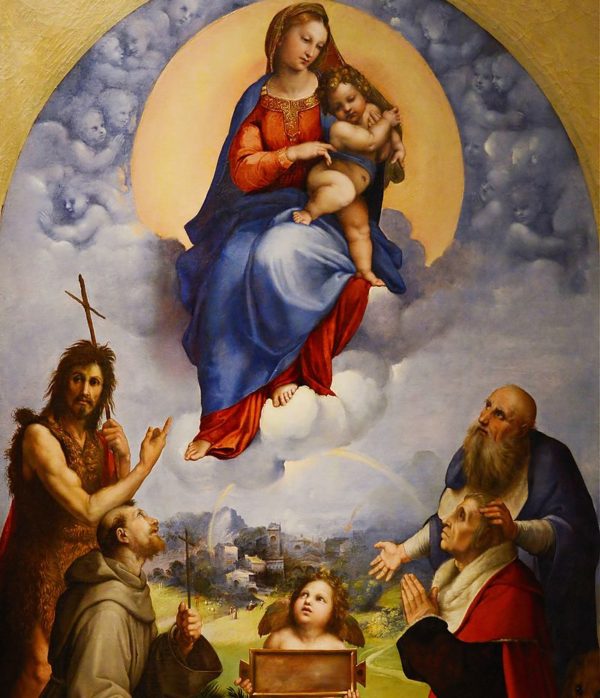 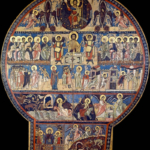 Iconography is catechetical in nature, meaning it is for teaching religion.  This was the focus for 12th century art.  Beauty did not matter as long as the lesson behind the icon came across to the observer, as is seen in the icon to the left. 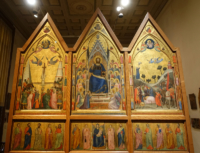 When art evolved to focus on meditation, the catechetical meaning was still there.  Art did not lose the ability to teach; but rather the purpose changed to draw the observer’s attention to spiritual thoughts.  This extra quality built on what was already there.  In the image of the Stefaneschi Tryptich (photo right), it shows the side which the priest would be viewing during Mass.  The three images, Christ the King (center) and the martyrdoms of Peter (left) and Paul (right), were meant to aid the priest in meditating during the Mass.

Another level of intimacy was added to religious art in the 15th and 16th centuries, namely participation.  Not only would a painting’s subject matter teach the onlooker and cause the onlooker to reflect on the teaching, it would also change the spectator into a participant.  Such was the way of Raphael in his painting of the Madonna de Foligno (photo above).  The saints in the image have turned towards Mary and the Child Jesus in meditation and prayer.  But St. John the Baptist has turned to the onlooker and is pointing at the Blessed Virgin and Child, inviting us to join them.

Resources: our Virtual Pilgrimage to the Vatican Museums part 1 (watch on YouTube here)