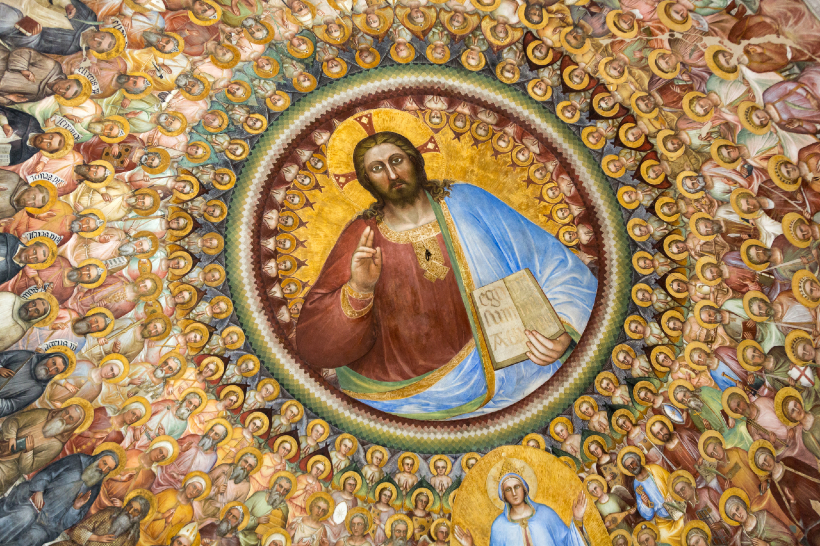 Christ among the Saints in heaven

We are all called to sainthood.  A French writer, Leon Bloy, says, “The only real sadness, the only real failure, the only great tragedy in life, is not to become a saint.”  With God’s help, we are all capable of becoming saints.  However, the serpent always lurks, waiting for us to let him in.  We can learn how to resist him by remembering the fall of Adam and Eve.

The serpent goes after the woman first because he knows that if he has the woman, he has the man as well.  he begins by convincing Eve to want what she does not have.  The serpent introduces the idea into Eve’s mind that God is a tyrant saying, “Did God really say, ‘You must not eat from any tree in the garden?'”  Do not have a conversation with evil, cut it off at the beginning.  There is no good in responding.  If the conversation is allowed to continue, there is no chance of resistance.  But Eve responds and is convinced into eating from the tree as well as giving some to her husband.

Once the relationship with God is lost, purity is lost and shame is introduced.  When purity is lost, we want to hide.  God calls Adam and Eve out of hiding because he wants to save them from their loss.  He wants to bring them into the light and heal them.  He wishes to do the same with us.

Resources: our Saint of the Week Virtual Pilgrimage on All Saints (coming soon to YouTube)