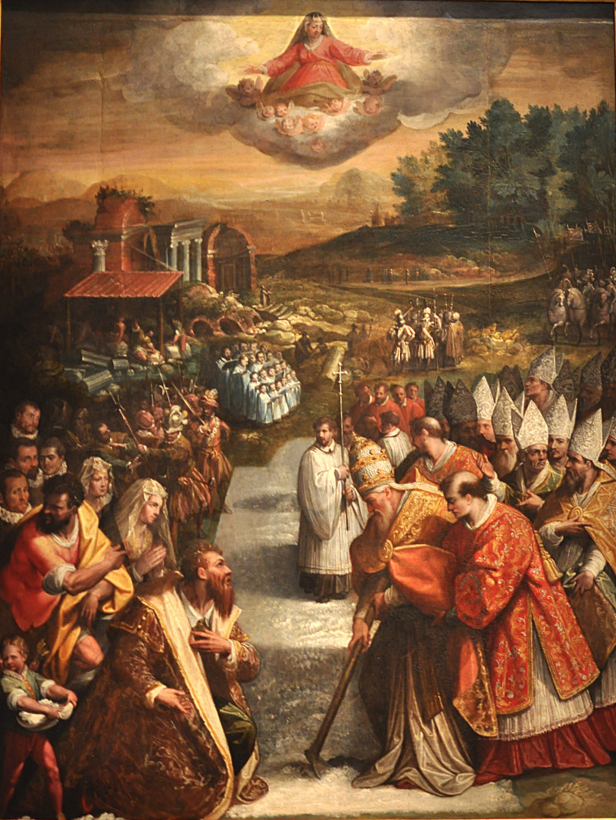 painted image of Our Lady of the Snows

The answer to this question goes back to the time of Pope Celestine I.  He had been planning to build a church to our Lady, but had not decided where to build it.  One night, the Pope dreamt that it snowed in Rome.  The following day, a Roman noble, whose name is recounted as Giovanni, had an audience with Pope Celestine.  During this audience, Giovanni described his own dream, where Our Lady appeared to Giovanni and told him to build her church in the place it had snowed.

Thus, St. Mary Major Basilica was built on the Esquiline Hill in Rome around 431-432 AD.

Resource: our Virtual Pilgrimage to the Basilica of St. Mary Major (watch on YouTube here)