The Urbi Et Orbi Foundation and Our Mission Story….

Above, St. Basil’s Cathedral at the end of Moscow’s Red Square in the center of the city

From the desk of Robert Moynihan, currently in Russia as part of a delegation with the Urbi et Orbi Foundation.  This is his latest Moynihan Letter (#40 for 2019) explaining why he is there and, in part, the mission side of our work at Inside the Vatican magazine and Inside the Vatican Pilgrimages:

Writing from Moscow, on a cool day in mid-July. 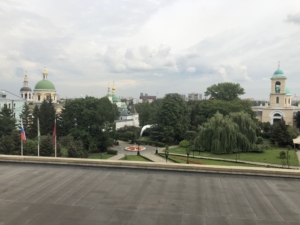 I have been here about 20 times in the last 20 years.  I have had the privilege to come to know Russian Orthodox Patriarch Kirill and Metropolitan Hilarion, and Roman Catholic Archbishop Tadeusz Kondrusiewisz and Paolo Pezzi, and so many others. These visits and all that has concerned these relationships have seemed like living twice — because of the veil of myth and mystery associated with Soviet Russia, and pre-Soviet Russia, and the great hopes and tragic failures of these generations.

The city of Moscow itself — after a Rome with dumpsters overflowing with trash — seems very clean, almost sparkling. Not a cigarette butt or gum wrapper in sight. (Photo, right-view from Dr. Moynihan’s hotel room)
The crowds walking in Red Square seem to be mainly families with children. The thought that there would ever be a war on these people, a nuclear exchange, seems nightmarish.

We are here with our Urbi et Orbi Foundation on our 6th annual pilgrimage to Russia and eastern Europe.
Our goal is to try to build bridges of understanding between separated Christians, especially between Catholics (us) and Orthodox (whether in Russia or Ukraine or Greece or Istanbul) — separated since 1054, the date of the “Great Schism.” We would like to help lay the possible foundation for further steps — already taken by so many others in so many ways — to overcome the schism and reunify the eastern and western “lungs” of Christianity.
And as a corollary, we would like to do what little we can to assist in establishing friendships which may play some small role in improving relations between the United States and Russia.

My own motivation is largely personal, something that dates back to my childhood and has to do with the stories I heard of the message of Fatima. The thought, the hope, is that faith returns and flourishes in these regions, and that from that, peace is deepened and flourishes throughout the world.
Our thought for 20 years now has been to observe, to see what has happened to the former Soviet Union and East bloc, in political and cultural terms, but especially in terms of Christian faith. 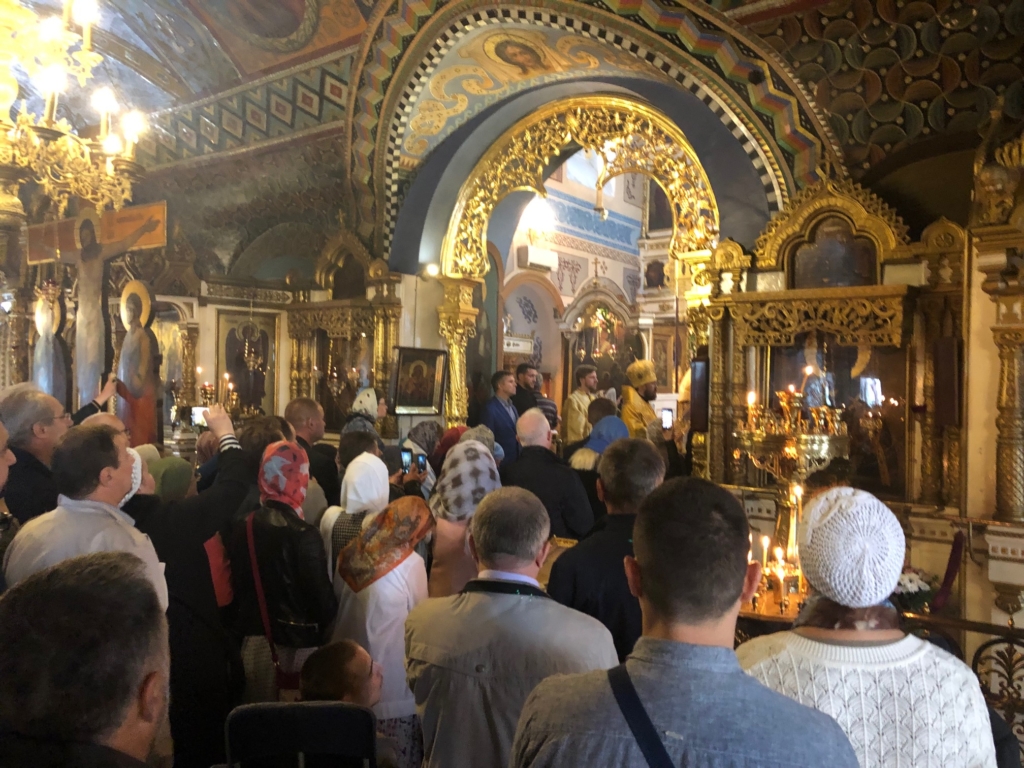 We now have several projects our Foundation supports, especially an annual two-week exchange between Moscow and Rome of a dozen young people, who over the next 50 years will have perhaps a role to play in deepening inter-Church understanding.

I have a meeting on this topic now…

Below is a history of our work leading up to the creation of the Urbi et Orbi Foundation: 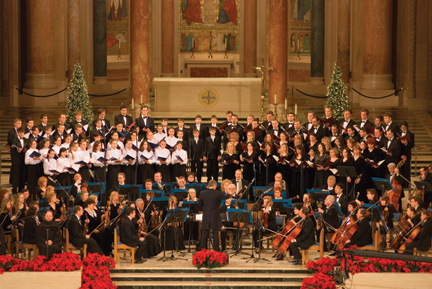 You may help support this important mission work by making a recurring or one-time donation. Click HERE to be taken to the page to make your donation.