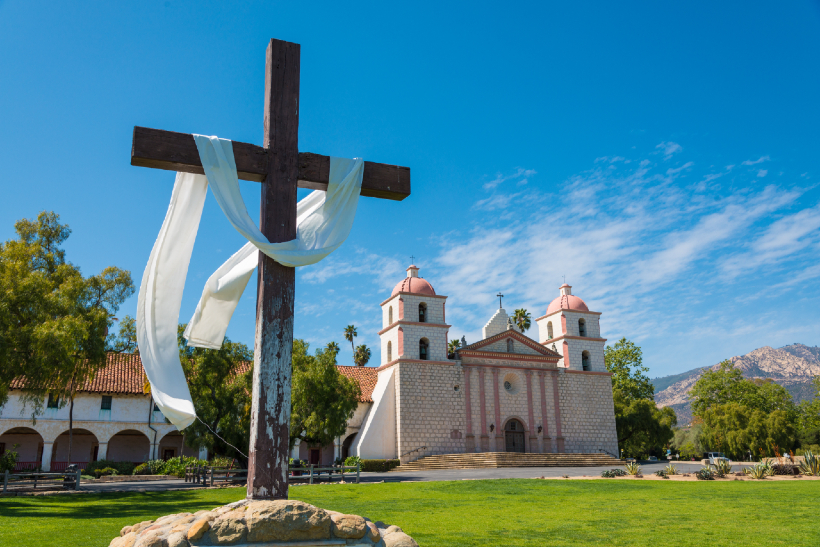 St. Junipero Serra was a Spaniard who came to the Americas as a Franciscan missionary.  He led many of the missions along the California coast, such as Santa Barbara, Santa Cruz, San Bonaventura, and San Diego de Alcala.  Since there are too many missions to take up in one post, we will focus on two.  We will begin with the first mission, San Diego de Alcala, and finish with Santa Barbara.

Missionary work is not the easiest.  For the San Diego Mission, the phrase “everything that could go wrong, did go wrong” was fairly accurate.  There were four expeditions total, two by land and two by sea.  And while the ships had arrived first, both crews were plagued by scurvy.  By the time the land expeditions arrived, one of the ships, the San Antonio, and one of the land expeditions had to be sent back for supplies.  As the missions waited for the supplies to arrive, they were also attacked by the native people.  However, after about six months of waiting, the San Antonio returned and the San Diego de Alcala Mission was founded.

Santa Barbara was the tenth mission, and the only mission never to have been abandoned.  The plans for the buildings were inspired by ancient Roman architecture.  While Serra did not live long enough to be its founder, he did live long enough to see permission granted for the mission to be built.

Come with us and visit some of the California missions on our Pilgrimage to California 2022!