Today is the Feast Day of St. Priscilla of Rome (1st c.).  She was a Christian noblewoman who served as a benefactor to the Christian community in Rome. She supported St. Peter the Apostle, the first Bishop of Rome, and her home near the catacombs may have served as his headquarters. She was the wife of Manius Acilius Glabrio, a Roman politician, who was executed by the Emperor Domitian for atheism, that is, his refusal to worship the Roman gods because he was Christian. Priscilla buried him in what was once a quarry and donated the property to the Church so that others could also be laid to rest there. 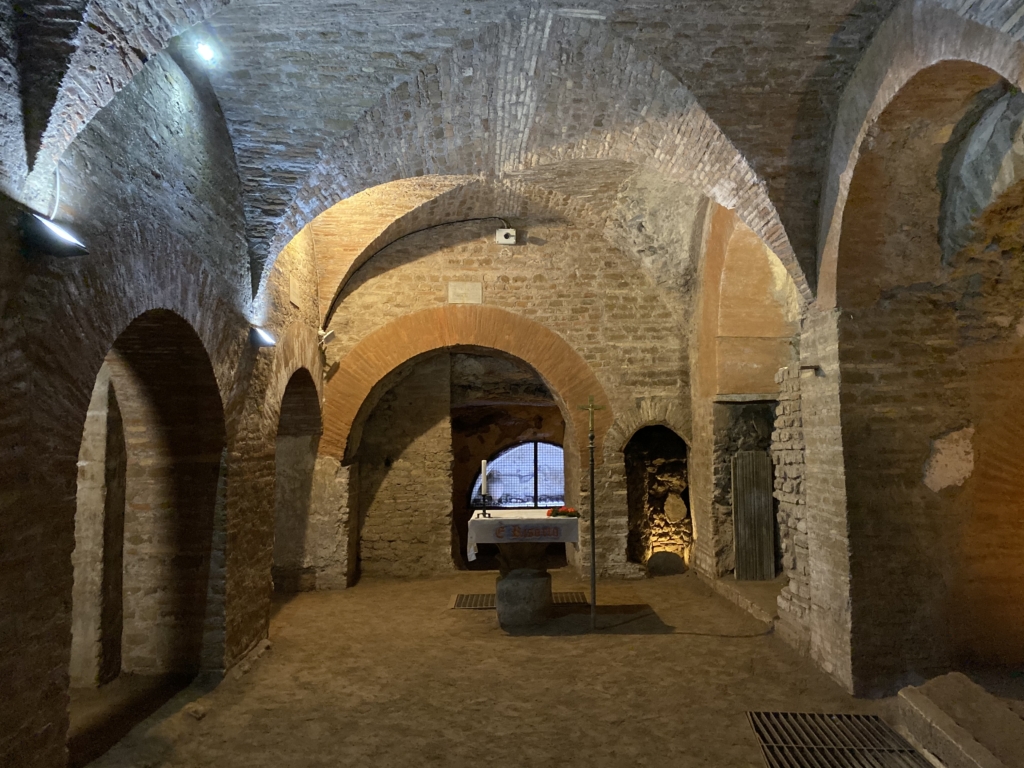 One of the original cores of the catacombs of Priscilla is represented by the Cryptoportico above and the Greek Chapel. This is a long room with five groined vaults, a tank, a trapseid hall, a long entrance hall and a complex octagonal room. Research has proven the sepulchral origin of this area that depended on an overground funerary property where people entered through a staircase. The forward style of painting can be dated back to the first decades of the third century. The room contains a cistern supplied with two external wells and system of pipes to transport the water. Photo taken by ITV Pilgrimages, October 2019.

Her catacombs, known since the earliest days of Christianity as the “Catacombs of Priscilla” are also referred to as the “Queen of the Catacombs” because such a large number of martyrs and popes were buried there.    It is believed the list includes the brothers Felix and Philip, martyred with their mother Felicitas and their five brothers;  The martyr Crescention rests in a cave, the martyr-saint Priscia in another one, Fimite rests in a cubicle nearby the exit and in another cave rests the sister saints we have come to know so well, St. Pudentiana and Prassedes.  Records indicate that Saints Mauro, Paul, Semetrio and 365 saints rest in a single grave at the site. The list of Popes interred here include: Pope Marcellinus, Sylvester (314-335), Siricius (384-399), Celestine (422-432), Marcellus (308-309), Liberius (352-366), and Vigilius (537-555). 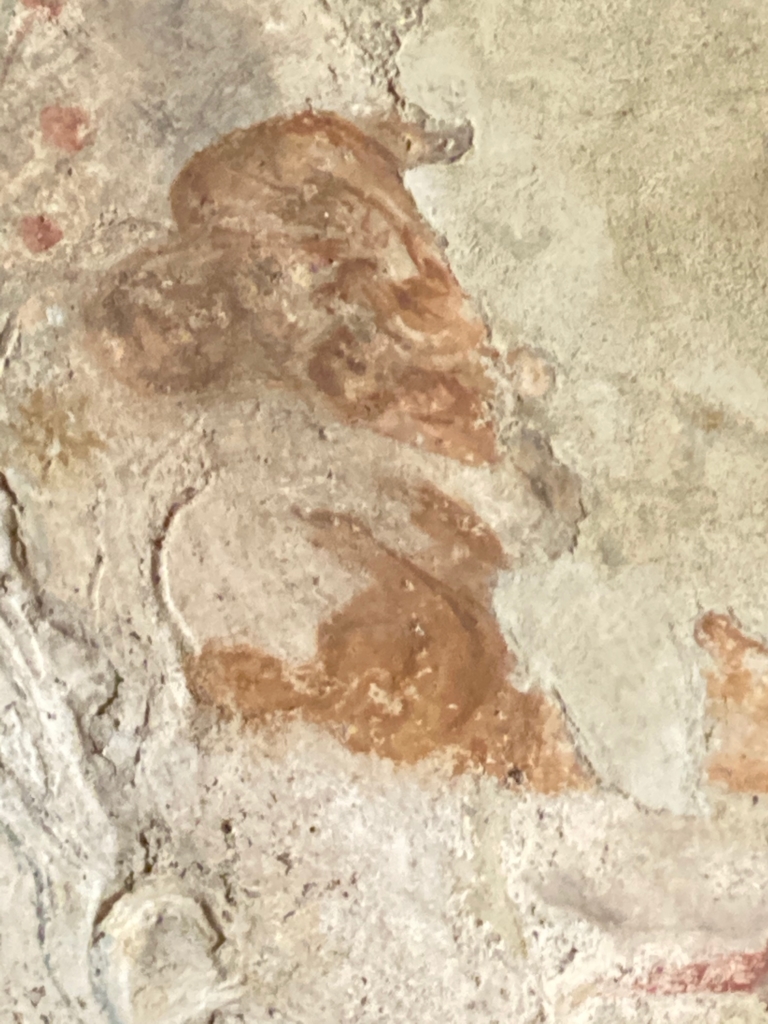 The catacombs also holds a significant collection of early Christian iconography including the earliest known depiction of the Madonna and Child (photo above taken by ITV Pilgrimages, October 2019)

St. Priscilla was also martyred for her Christian faith and is buried here.

We will visit the Catacombs of St. Priscilla again next year during our Woman Saints Pilgrimage.

Some Information for this posting comes from The Catholic Company, The Morning Offering for Thursday, January 16, 2020. Click HERE to link to their website.