The Conversion of St. Ignatius of Loyola 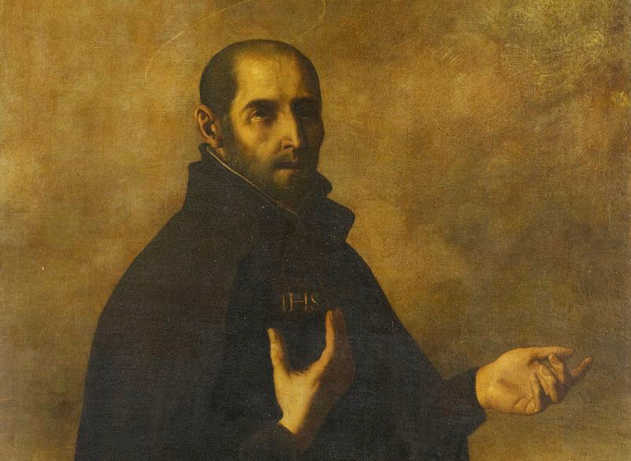 St. Ignatius joined the military early in his life, but his career was cut short by a leg wound from a canon ball.  After having his leg cut off, Ignatius was confined to bed for a lengthy period of time.  It was during this time that, when he asked for romance novels, Ignatius of Loyola received The Life of Christ and The Lives of the Saints.  In a way he got what he asked for, a book on the love of God for man in The Life of Christ and a book on the love of some for God in The Lives of the Saints.  It was these two books which led to his conversion.

St. Ignatius of Loyola displayed his conversion in three ways: weeping for his sins, discerning his spirit, and putting Christ at the center of everything he did.

In weeping for his sins, Ignatius went on pilgrimage to Our Lady of Montserrat.  He prayed for forgiveness and spent months inside the cave of Manresa, where he began writing his spiritual exercises.  While he was discerning spirits, St. Ignatius contemplated King Solomon.  Solomon had asked God for a docile heart, which in the Hebrew meant a heart that listens.  Ignatius grew to understand that one must listen to the thoughts that come into our minds.  In this way, one is able to determine whether they give joy or sorrow once they have finished.  Third, the Saint of Loyola desired to put Christ in the center of everything.  He desired to make Christ known, and so decided to become a missionary.  He then traveled to learn about being a missionary in Jerusalem and Paris.  In Paris, St. Ignatius of Loyola began the Jesuit missionaries.

Resources: our Saint of the Week Virtual Pilgrimage on St. Ignatius of Loyola (watch on YouTube here)