The Importance of the Altar 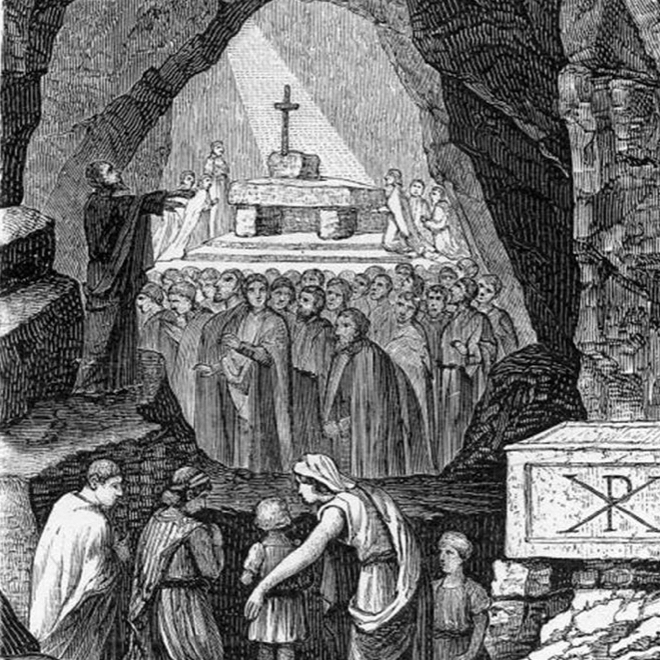 image of early christians congregating in the catacombs

Early Christians were stuck between two groups: pagans and Jews.  They were neither and so had to balance themselves and identify who they were.  The altar was instrumental in this as it was both not a pagan altar and more than the Jewish table of the bread.  It is still the most important thing in Christian prayer and liturgy.

As a Christian symbol, the altar is different from a pagan altar in two ways.  First, pagans would sacrifice animals on their altar, while the Christian altar is used for the Bread and Wine which become the Body and Blood of Jesus Christ.  Second, when the pagans sacrificed the animals it would be inside their temple as a burnt offering, and none of the faithful were allowed to enter the pagan temple proper.  During the Christian sacrifice, however, everyone is welcome to come into the temple and congregate around the altar.

The altar is more than just the table of the Sabbath meal, though it may have its origin there.  The table has become sanctified and so the altar is sanctifying.  It is connected to the sky and the rising Son.  For this reason, the altar is the center of attention in Christian liturgy.  During Mass, the participants look towards it, congregate around it, and the Bread and Wine turn into the Body and Blood upon it.

Resources: our Virtual Pilgrimage on Early Christian Worship in Rome (on our YouTube Channel here)