History of the Lateran Basilica 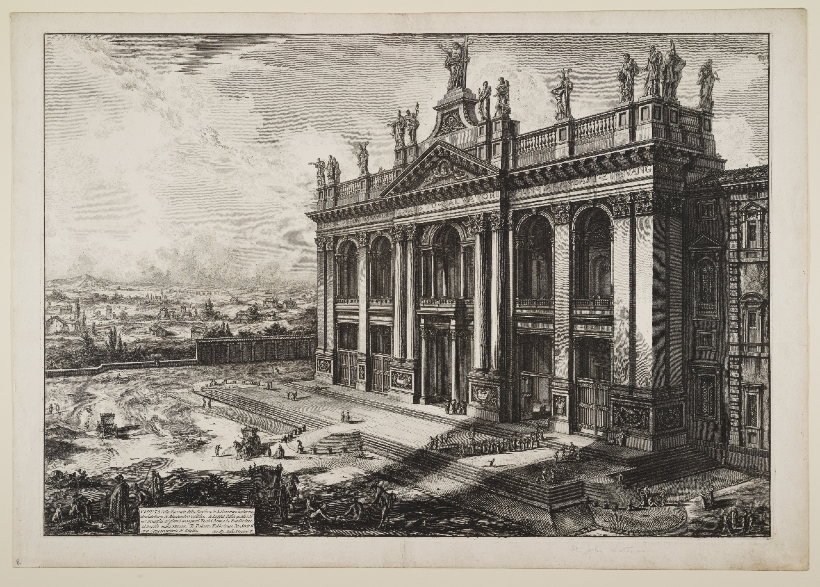 Piranesi wood cut of the facade of the Lateran Basilica

The history of the Lateran Basilica begins with Emperor Constantine.  In 313, the emperor passed the Edict of Milan, which allowed Christians to practice their own faith.  Constantine also gave some of his own land to the Christians so that they could build their own church; the site of the Lateran Basilica.  The plot of land itself was good, though it was located just outside the walls of Rome.  So, the first Basilica of Christianity was not well defended, but it was close to the city of Rome.

The history of the Basilica can be divided into four stages: construction, restoration, rebuilding, and refurbishing.  The first stage began in 314, following the Edict of Milan, when Pope Sylvester I began constructing the Lateran.  Then, the building was restored in 450 AD by Pope Leo the Great.  During the first millennium, the Lateran Basilica was rebuilt due to fire.  The Basilica of St. John Lateran was finally given a new facade and some new decorations during the Baroque era.  Thus, this Basilica was never dilapidated, because it was always being restored or updated.

St. Helena, mother of Emperor Constantine, also had a part to play in the significance of the Lateran Basilica.  When she traveled to Jerusalem and brought back the instruments of Christ’s Passion along with the Holy Stairs, two more churches were built to house them: Santa Croce in Jerusalem and the Holy Stairs.  These three buildings have held an important place in the hearts of pilgrims since the birth of Christianity.  This is because they effectively bring Jerusalem to Rome by mirroring three significant places of Christ’s Passion: the Dome of the Rock, the Praetorium (where Jesus was brought before Pilot), and Holy Sepulcher Church.  In this way, the Lateran Basilica became the new Jerusalem.

Resources: our Virtual Pilgrimage to the Lateran Basilica (watch on YouTube here)