Our Lady of Mount Carmel 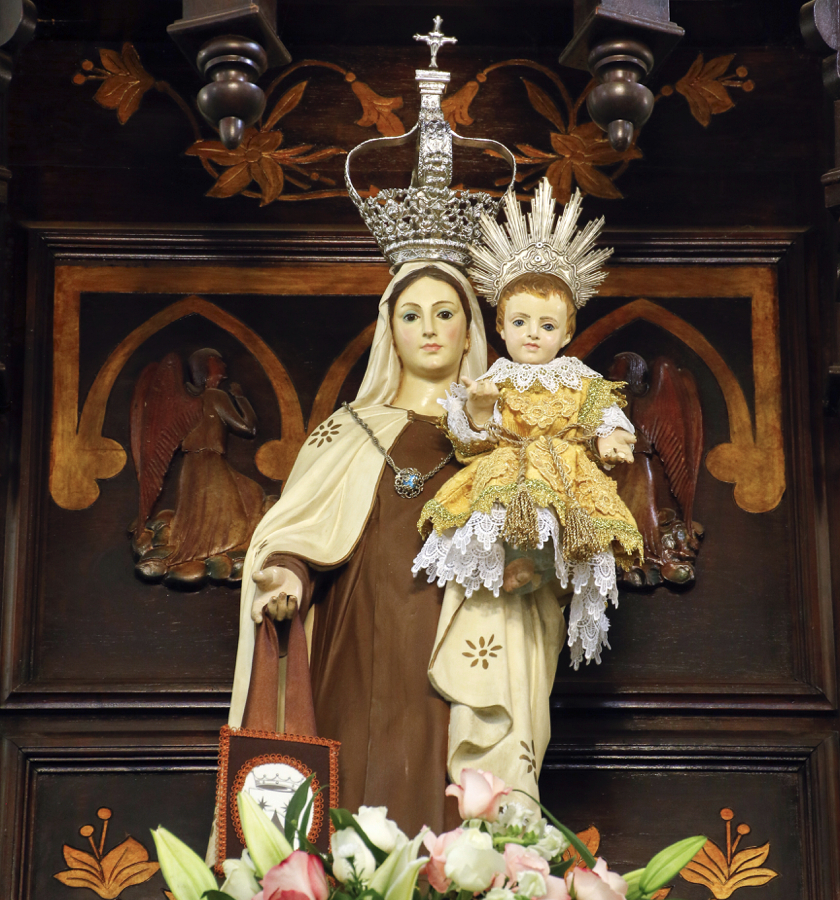 Statue of Our Lady of Mount Carmel with the infant Jesus

Mount Carmel is a series of mountains in Israel.  The importance of these mountains comes from the book of Kings in the Bible, when Elijah contested the false prophets (1Kings 18:20-40).  It is also the place where the servant of Elijah saw the cloud which ended a drought (1Kings 18:41-46).  The small cloud was a sign of the Blessed Virgin in that amidst the drought and dryness God made a cloud to give rain and relief.

Later, hermits congregated on Mount Carmel and made their homes there.  As time passed, these became the Order of Our Lady of Mount Carmel.

Simon Stock, an Englishman of the Carmelite Order, was elected head of the Carmelite Order in England in the thirteenth century.  As the Order of Our Lady of Mount Carmel was not popular in Europe at the time, St. Simon was worried and “spent the night of July 15, 1251 in prayer to the Virgin seeking her assistance.”  Early the next morning, the Blessed Virgin Mary, along with her infant Son and a host of angels, appeared to him and gave him the brown scapular saying:

The brown scapular is as a small Carmelite habit, with a front and a back.  It has also been associated with the parable of the lost sheep.  “Just as the divine Shepherd goes to great lengths to save the one lost sheep, the scapular seeks the salvation of every lost sheep.  The scapular is made of wool, just as sheep have woolen fleece.  And it is worn as a “shoulder garment” (the meaning of scapular), just as the shepherd wraps the lost sheep around his neck and over his shoulders.” (God-Sent, 74).