The Tomb of Pope Gregory XIII 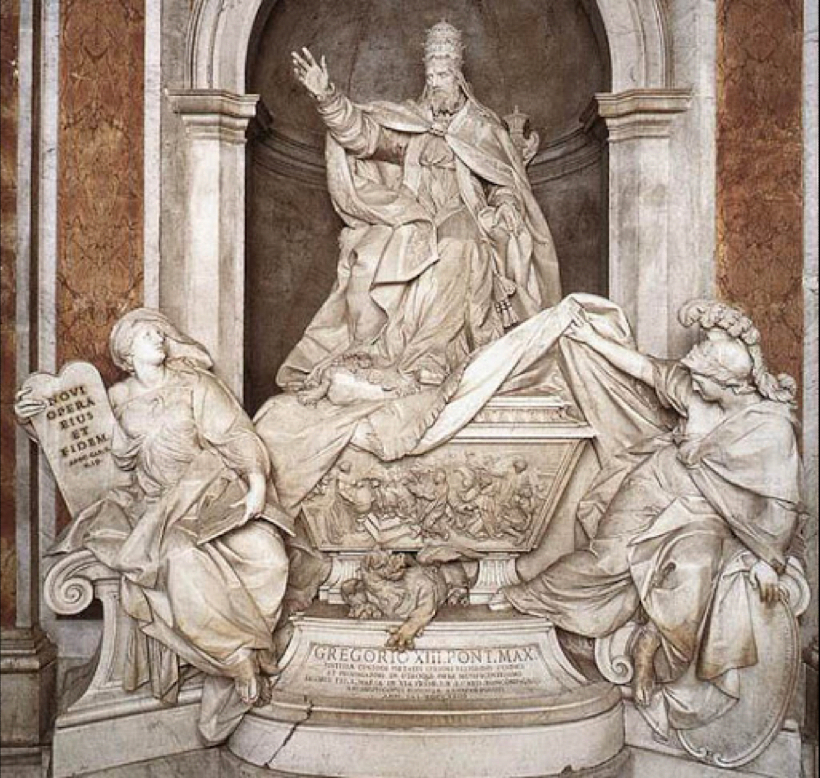 Pope Gregory XIII was known as the pope of science and his tomb (photo above) is in St. Peter’s Basilica.  On top, sits a statue of Pope St. Gregory XIII and to either side sit two women.  These two women represent Religion (on the left) and Magnificence (on the right).  It is Magnificence who is lifting the cloth over the sarcophagus and reveals the dragon beneath.  This dragon is from the heraldry of Pope Gregory XIII’s family crest, gold dragon of red background.  He symbolizes that Pope Gregory XIII is not a man to make angry.

On the sarcophagus itself an image of Ignazio Danti’s audience with Pope Gregory.  Ignazio Danti, an astronomer during the time of Pope Gregory XIII, studied the calendar being used at the time, the Julian Calendar, and found it to be behind by 11 days.  Taking this information to Pope Gregory XIII, Ignazio presented his information.  The pope, then, on October 4, 1582, changed the calendar.  Popes still had the power to do so at the time, so the following morning was October 15.  This change created a new calendar which is still used today called the Gregorian calendar.