The Tomb of Pope Alexander VII 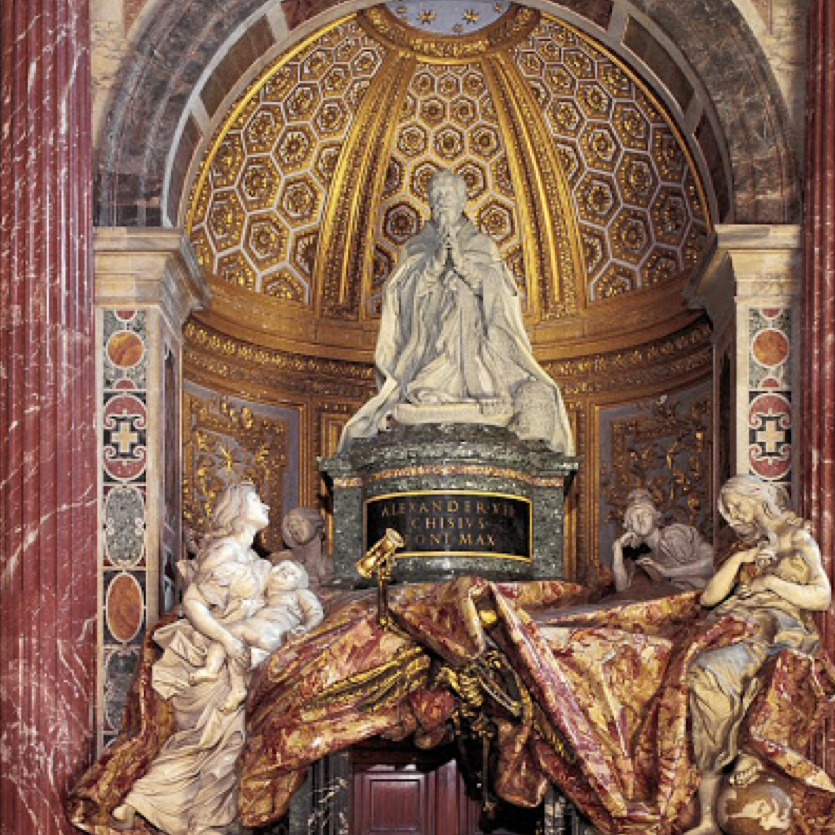 Surrounding the monument, are four women representing four virtues.  Starting from the left front and proceeding clockwise, these virtues are charity, modesty, prudence, and faith.  Charity, as you can see in the photo above, is usually depicted as a mother holding a child, and faith is holding the sun of truth.  Between these two virtues, faith and charity, in the front, there is also a skeleton.  This skeleton represents death.  His face is hidden to remind us that we do not know how we will die.  Death also holds an hourglass to remind us that our time on earth is limited.