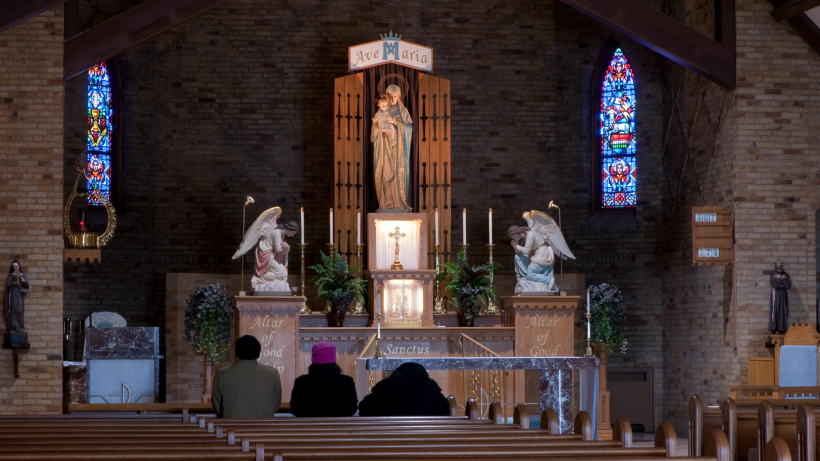 Pilgrimage Destinations along the “Wisconsin Way”: The National Shrine of Our Lady of Good Help

The National Shrine of Our Lady of Good Help in Champion, Wisconsin is situated in farm country less than 20 miles from downtown Green Bay.  The simple shrine and chapel are known beyond Wisconsin and even outside the United States because they mark the place where Mary, the mother of Jesus, appeared to a young Belgian immigrant in 1859. This Marian visitation would, 160 years later, become the first and only Vatican-approved Marian apparition in the United States.

In 1859, Adele Brise was walking along a path originally trodden by the Native Americans of the Green Bay peninsula.  She was carrying a sack of grain from her family farm to a gristmill when a woman dressed in white appeared to her, between a maple and a hemlock tree. Adele did not immediately recognize the woman as the Virgin Mary.

Later, a friend, Father Broussard, said she told her parents about it and they thought it might have been a poor soul in Purgatory! However, when the vision appeared again, Adele sought counsel from a priest in the local settlement.

The priest told her that if she saw the lady again, she was to say: “In God’s name, who are you and what do you want of me?” The next time Adele saw Our Lady – on this occasion accompanied by her sister and a neighbor – she asked this question of the woman and received the answer, “I am the Queen of Heaven, who prays for the conversion of sinners, and I wish you to do the same. You received Holy Communion this morning, and that is well. But you must do more. Make a general confession, and offer Communion for the conversion of sinners. If they do not convert and do penance, my Son will be obliged to punish them.”

“Go and fear nothing. I will help you”

Her two companions could not see the vision, and when Adele asked the Blessed Mary why, she answered, “Blessed are they that believe without seeing.”  Then she addressed this question to her, “What are you doing here in idleness …while your companions are working in the vineyard of my Son?”

As a girl in Belgium, Adele and some of her friends had made promises to become nuns.  When her father decided to move the family to the United States, Adele was unable to join her friends in entering religious life. She asked the priest in her parish, “but what of my promise to God?” He told her that her first duty was to obey her parents.

In a spirit of simple obedience, Adele asked the Blessed Mother what she would have her do.  Mary directed her with the following words, “Gather the children in this wild country and teach them what they should know for salvation. Teach them their catechism, how to sign themselves with the Sign of the Cross, and how to approach the sacraments; that is what I wish you to do. Go and fear nothing. I will help you.”

From that time forward, Adele devoted herself to teaching children.  She walked up to 50 miles to reach all the homes in the area, telling the occupants that if they would allow her to instruct their children in the faith, she would do their household chores.  Eventually her father built a small chapel at the site of the apparition, and Adele succeeded in opening a school for children at the same location. 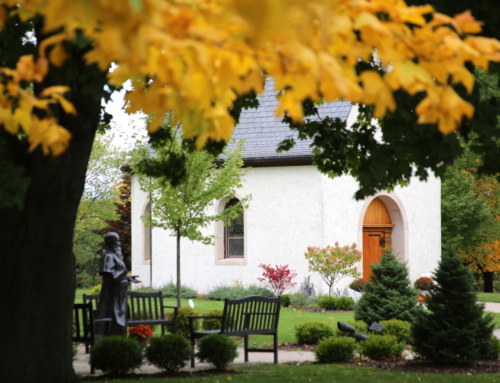